twilight symphony
ARC I
Zelda has been mortally wounded by her assassin, Morrigan Vitalis. She still lives thanks to the Hero of Time's sacrifice, but only barely, laying at death's door. Can she be saved? Meanwhile, the false dragon Ceregan is finally struck down by the efforts of Volga, Ashei Vitalis, Morpheus, Cassius Martel, and Xiotis. With Hyrule having been ravaged by Nimue, the various peoples all come together to rebuild the lands lost. Restoration and relief efforts are under way in Ordon, Kakariko, and Castle Town. Link and Seyka Rozengale join a group to Kakariko to head for the Hero's Tomb, as the Fairy Queen Lycoris begins to call together the various heroes of Hyrule.
PLOT RULES RACES APPLICATION CANONS COMBAT CLAIMS SHOP
11/10
It's been a while hasn't it? We have a Harvest Festival going on as more of a joke thing. Enjoy a quick stress reliever as you beat on the forces of evil pumpkins and corn! Arc 2 will begin soon, but as per requests, I thought I'd give you guys some downtime to do stuff. 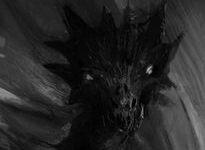 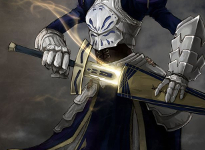 
SUMMER
Things are HOT right now. The sun is blistering in the sky and the crops are full grown but still a healthy green. A warm wind blows in from the ocean, making it the perfect time to go hit the beach! The nights however, while mostly pleasant, are filled with bugs. Ew.